The European Energy Performance of Buildings Directive Recast (EPBD) requires all new buildings to be Nearly Zero Energy Buildings (NZEB) by 31st December 2020 and all buildings acquired by public bodies by 31st December 2018.
Any buildings completed after these dates must achieve the standard irrespective of when they were started. A certificate of compliance with Building regulations can not be signed on 1st January 2021, unless it meets the NZEB standard.Glenergy supplies a number of options to provide compliance with the renewables requirement of NZEB:

What is a NZEB Nearly Zero Energy Building?

‘Nearly Zero – Energy Buildings’ is a building with a very high energy performance. Both improved insulation levels and renewable energy production will go towards creating the NZEB building. According to the directive; “The nearly zero or very low amount of energy required should be covered to a very significant extent by energy from renewable sources, including energy from renewable sources produced on-site or nearby“.

On 29th July 2016 the European commission published additional guidance on the NZEB standard. The following energy consumption targets are expected to be reached by NZEB buildings:

To comply with the NZEB requirement, the Irish Government has revised Building Regulations Part L – Conservation of Fuel and Energy Buildings other than dwellings (and the accompanying Technical Guidance) for consultation. The revised Part L NZEB regulations require non domestic buildings to use up to 60% less energy than allowed under current regulations. In additionto this a requirement for up to 20% of final energy demand is to be met using renewable energy. If a higher level of efficiency is achieved the renewables ratio may be reduced to 10% of final demand.

In January 2017, the Department of Housing Planning, Community and Local Government, the Office of Public Works, the Department of Education and Skills, the Health Services Executive and Sustainable Energy Authority of Ireland published an Interim NZEB Specification for Public Sector buildings. This sets out a performance specification for new buildings owned and occupied by Public Authorities after 31st Dec 2018 effectively meaning that all public buildings on the drawing board must meet the standard.. 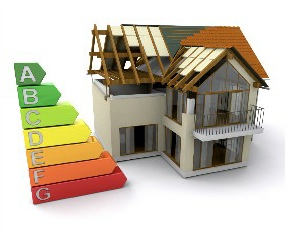